Plan Ahead with Twitter's Monthly Calendar

Happy Friday people! I am back with ALL the social media updates, big and small. If you're having trouble keeping up with all your favorite social media platforms, don't worry. That's what I do.

Latest report suggests that Facebook will be releasing TWO smart device speakers from the secretive Building 8 lab. This will be the first device to be released from Building 8 and will supposedly be fully equipped with an Alexa-like assistant and a facial recognition tool. There’s no real world on when these devices will finally emerge, but I believe it will 100% rival with Google, Amazon, and Apple.

Expanding into another dimension?

That’s what Facebook is planning to do with the addition of 3D posts.  The platform has allowed 3D posts since last October, but now we will have a lot more support options and we will most likely start to see more of those soon! This will especially have a lot of influence on online shopping but I don’t think my bank account is ready for it.

1.2 million people have signed the online petition against Snapchat’s newest update.  Snapchat’s CEO says “it’ll just take some time for people to adjust.” (which could be true) But I’ve already seen so many people delete the app and noticed a huge difference in the amount of people that watch my story now. With an average of 2.3/5 stars on the App Store now because of the update, Snapchat needs to proceed with caution.

With all of the negative around Snapchat it’s nice to know that they are also partnering with Giphy and have announced a GIF Sticker Library and more upcoming tabs. Instagram just added this feature though so I am not sure that this along will save Snapchat from the redesign flop. 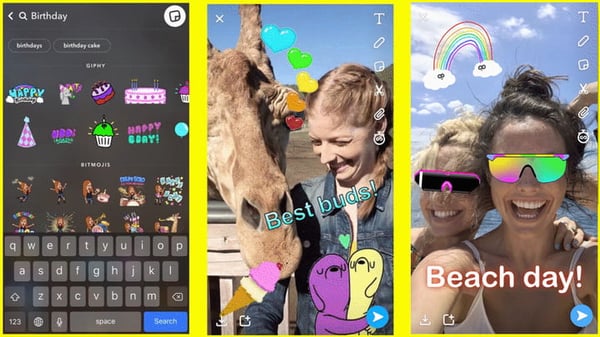 Are you prepped for March yet? If not, you’re in luck. Twitter released a ‘Monthly Lineup’ calendar to highlight the most popular events for the next month. 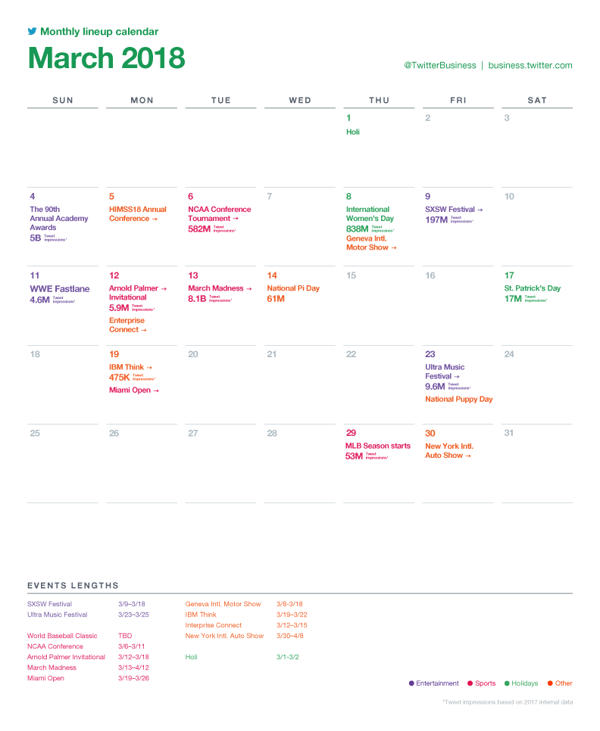 Get your twitter fingers ready because March Madness and National Puppy Day are coming.

That's all I have for this week!! I'd love to know if you're pro Snapchat update or have already deleted it from your memory! Shoot me and email and tell me what you think! → lizzie@sociallyin.com