Your ULTIMATE Guide to ALL of the YouTube Ad Formats

This, in turn, creates quite the opportunity for marketing professionals like you and me.

Whether you're trying to market your brand on YouTube or are just curious for future reference, we've put this article together so that you can jump start your YouTube marketing journey. Either today or a year from now.

Are you ready to jump into the world of choosing the right format for your YouTube ads? Let's hit it.

The Different YouTube Ad Formats (With Pros and Cons!)

Almost like flavors of ice cream, (okay, maybe not quite. 🍨) YouTube ads come in many different shapes, sizes and flavors. YouTube ads are ran through Google, so you actually run the same ads on YouTube that you would run elsewhere across Google and YouTube search results.

There are six varying types of YouTube ads, each with their own pros and cons. And today, the different types of ads will be are main focus. 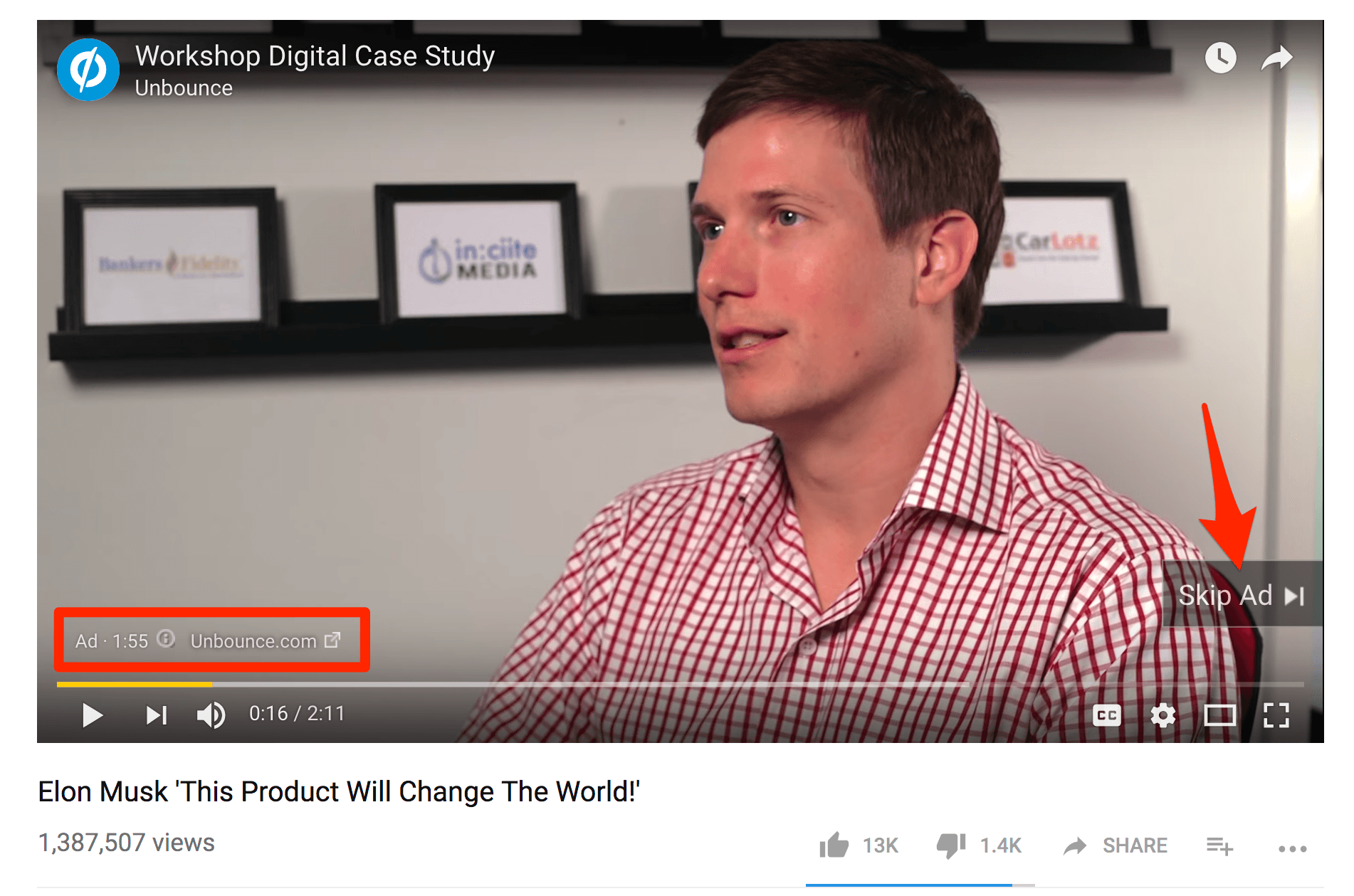 TrueView ads are the most well-known form of YouTube ads because they're used the most frequently. They give users a certain level of "control" over what they're viewing. Which is probably the reason why Google has reported that around 8 out of 10 viewers prefer TrueView to other types of advertisement.

Now, there's ANOTHER reason why this ad is a favorite. Advertisers only pay for views on this ad when viewers watch for more than thirty seconds, click on a Call to Action or watch the whole short video.

AHA! No wonder it's a favorite, right??

The minimum a TrueView ad can be is 12 seconds and the longest is six minutes.

Within TrueView ads, there are two types: In-stream and Discovery. In-stream ads are played just before a viewer watches their chosen content. Discovery ads appear within YouTube search results. When you click on a Discovery ad, it will automatically take you to a watch or channel page.

Why should you consider this as a viable option for YouTube advertising? TrueView ads come with a significantly lower risk than other types of YouTube ads. Because you only spend actual money when users either interact with your ad in some way or watch the whole thing, (thirty seconds for longer videos) you’ll spend almost nothing for impressions and when you pay, you’re paying mostly for only clicks from genuinely interested parties.

Ahh. These are annoying for viewers everywhere. They're not only generally disliked, they're extremely unpopular. Advertisers pay per thousand views, which means they have to make sure they're targeting the right audience.

These are not really particularly good ads when it comes to conversions, but they can be helpful when it comes to brand recognition. Just make sure you're not annoying your audience to the point of hatred.

(There's a reason YouTube has done away with thirty second long non-skippable in stream ads.)

Bumper YouTube ads are also non-skippable. But they're generally six seconds or less, which makes them a less disliked option as far as non-skippable ads go.

This can also be a great format in which to get crazily-creative with your advertising.

These show up as little pop-up like CTAs as a little "i" in the upper right hand corner of a YouTube video. When someone clicks, the "i" expands into a card where they can click and expand further or become disinterested.

You can highlight products, similar videos and more using this quite unobtrusive form of video advertising.

These ads are the banners that show up along the bottom of Youtube videos. 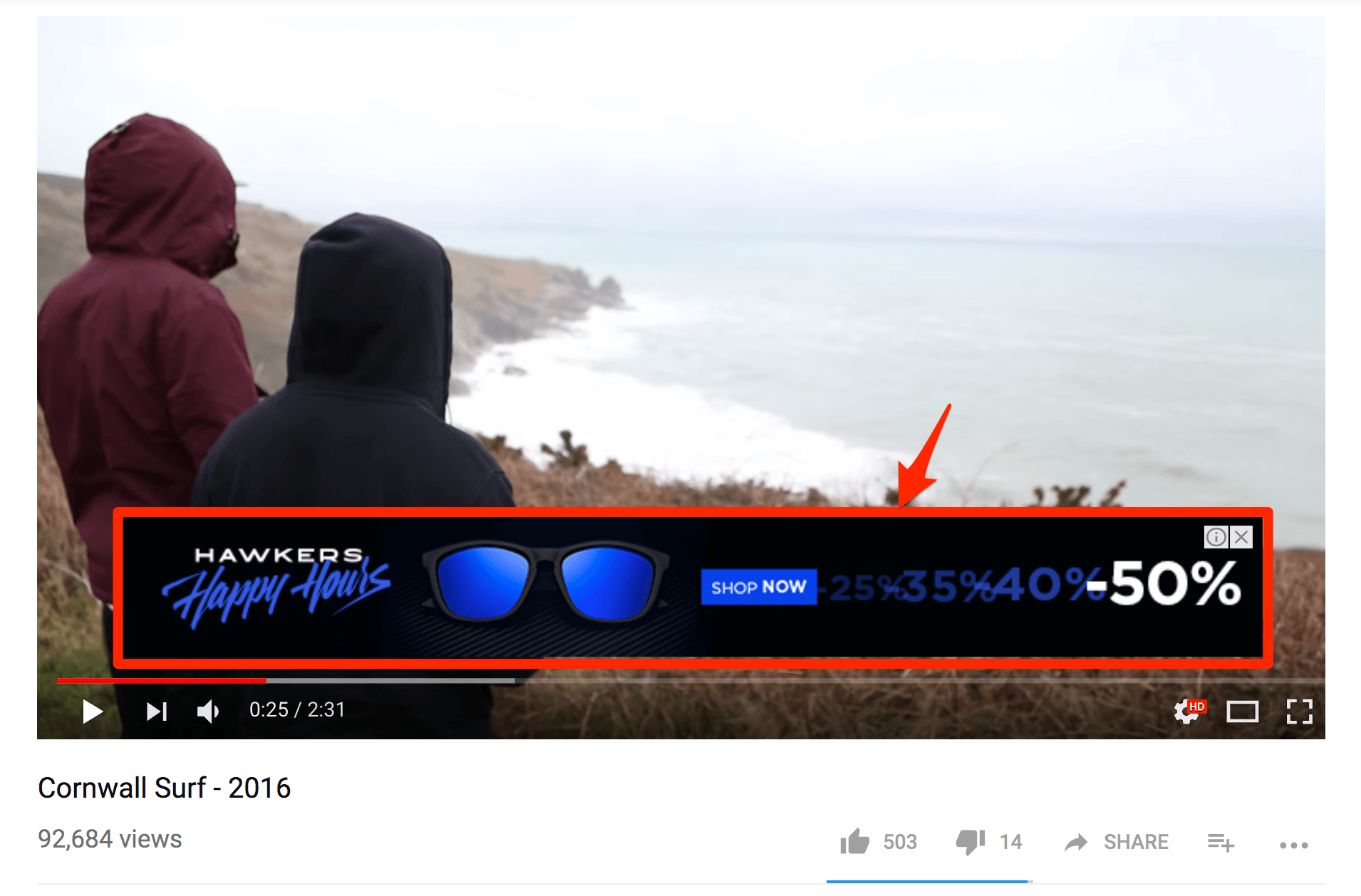 They can include images or text by itself, whatever seems to fit best with your advertising strategy. This could be considered one of the easiest and more simple forms of advertising on YouTube. Maybe because it's such a classic form of advertising.

Whatever the reason, they are pretty useful and definitely come in handy as far as clicks and impressions. They're also not annoying in the same way as a non-skippable ad.

These ads appear in your right hand sidebar above the other suggested videos on YouTube. They can appear in different sizes and are another fairly "simple" form of advertising on Youtube. 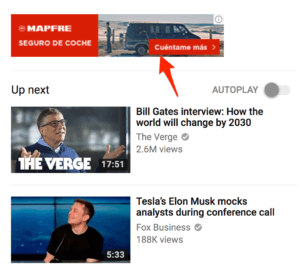 Choosing the right YouTube ads for your business may seem somewhat complicated right at first. And perhaps it’s because the options are, shall we say, quite extensive. However, if you know how and when and for what to use which ad formats, this part of the YouTube advertising process becomes significantly easier.

Have you worked with these YouTube ad formats in the past? Do you have insight into the secrets behind each format? We want to hear your creative insight!

The Only Guide to Facebook Stories You'll Ever Need in 2020

The Help Desk: How Do I Boost My Instagram Following Organically?

Restaurant Marketing for Beginners: The Only Guide You Need 2 Succeed

Digital Marketing for Dentists: Effective Way To Grow Your Practice