This week Instagram had the biggest announcement..... they're bringing TV to the app! While that's happening, apparently some admins can charge you for joining their group on Facebook? Read about it, then let me know what you think!

IGTV is HERE! IGTV is a new way to watch long-form, vertical video. It's as simple as turning on your tv! You can watch the announcement video here. This is a whole new world, and I can't wait to see how it plays out for Instagram!!

ALSO did you see these cute Instagram story filters?! I am honestly such a big fan.

"Our vision is to make video on Facebook truly interactive. Watching video doesn't have to be a passive, one-way broadcast. We believe that many traditional formats — from game shows to reality TV and even scripted content — can be reinvented to be more participatory and community-centric."

It's been made clear that AI is the future. Are you known for blinking in pictures? Facebook wants to fix that with AI. Essentially, they would use one of your other pictures to fix your blinking pictures. The program isn't done, and the results aren't perfect yet. I'll let you know when that changes!

Brand Collabs Manager has launched. This will "highlight relevant influencer matches based on your specific promotion requirements." With influencers being really important in the social media world, this is such a cool new feature!

Would you pay to be a part of a Facebook group? I wouldn't, but I'm cheap. Facebook will allow some groups admins to CHARGE for access into their group! There would be a subscription price reported from $4.99-$29.99 a month. 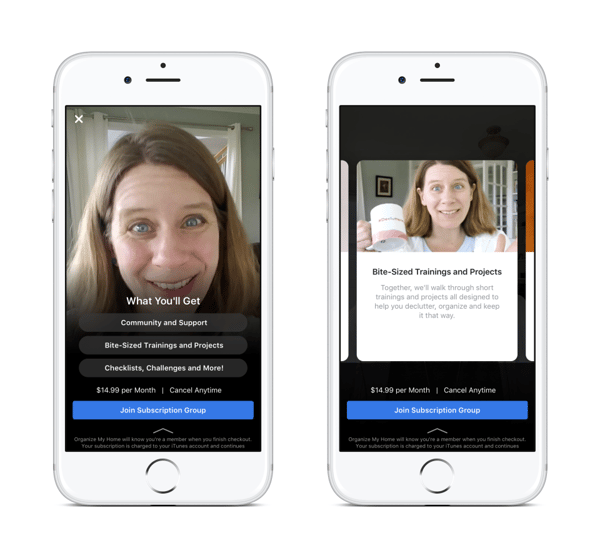 “Augmented reality is used to create some of the most immersive ad experiences today, and Snapchat is the industry’s leading platform for innovation in this format. To celebrate and recognize how far the technology has come, we teamed up with the Clio Awards to create the first-ever AR creative award.”

So there you have it! Snapchat has partnered with Clio Awards! All you creatives deserved to be recognized. You can find the entry form here.

Because sometimes, it's the little things.

That's all! See ya next week for more social media updates!

Snapchat Events Marketing | The Way To Promote Your Events

LinkedIn Ads VS Facebook Ads: Which is of Greater Worth for B2B?